The symposium “Gender Check – Narratives and Exhibition Practices” was part of, and took stock of, the research and exhibition project “Gender Check – Femininity and Masculinity in the Art of Eastern Europe”. Topics on the agenda were the experiences and outcomes of the research project Gender Check, as well as the reception the exhibition received from the public and the media. To this end, exhibitions of a similar nature at international level were examined in order to compare the various curatorial approaches and their implementation, as well as the exhibitions’ impact on the public. The objective was to develop new perspectives for Gender studies in the field of art. 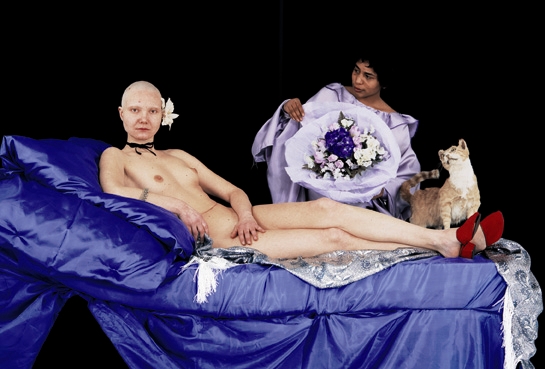 Katarzyna Kozyra: Olimpia (Olympia), 1996. Series of 3 photographs.
Courtesy: Collection of Barbara Kabala-Bonarska and Andrzej Bonarski on deposit in the National Museum in Krakow.