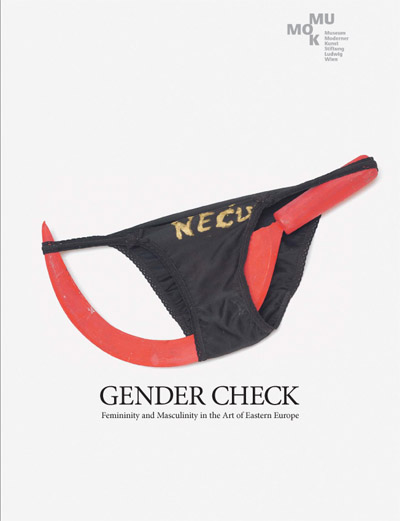 The catalogue has been published on the occasion of the exhibition Gender Check. Femininity and Masculinity in the Art of Eastern Europe. It contains a major part of the exhibition’s art works as well as theoretical approaches and perspectives. Gender Check tracks the transition of female or male role models within art against the background of socio-political framework and focuses on gender in the art  and social history of Eastern and Southeastern Europe – a field that has been unjustifiably neglected to date and that, as a result, is almost completely unknown.

The art historical research for this project, which examined the artistic output of these countries all the way back to the 1960s, also serves as a basis for evaluating and correcting internationally accepted and entrenched ideas about gender issues in history, both in the context of art and in scholarly discourse. Over the past decades, these issues have been examined with an almost complete disregard for the artistic and scholarly positions that are presented here. Thus Gender Check not only extends and supplements the scope of the discourse, but also presents itself in a new historical and topographical context that encompasses the dialogue between the “East” and the “West” as a prerequisite for further research into and interpretations of the gender issue on a global scale. The catalogue serves as a medium to re-experience the exhibition’s main stations and allows the reader to perceive a presentational detailed overview as well as an insight into the selective process of curatorial choices. 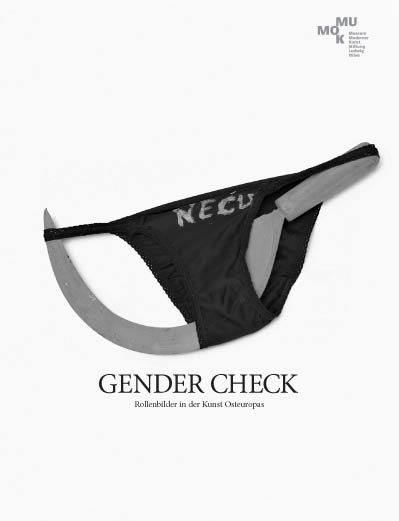 The text book can be purchased at the MUMOK shop.