Bojana Pejić was born in Belgrade in 1948 and studied History of Art in the Faculty of Philosophy at Belgrade University. From 1977 to 1991 she was a curator at Belgrade University’s Student Cultural Centre and organised many exhibitions of Yugoslav and international art. In 1971 she began to write art reviews and from 1984 to 1991 worked as an editor for the art-theory journal Moment in Belgrade. In 1995 she organised an international symposium, The Body in Communism, at the Literaturhaus in Berlin. Bojana was chief curator of the exhibition After the Wall — Art and Culture in Post-Communist Europe, organised by the Moderna Museet, Stockholm (1999), which was also shown at the Museum of Contemporary Art ­Foundation Ludwig in Budapest (2000) and at Hamburger Bahnhof in Berlin (2000-2001). In 1999 Bojana was one of the co-curators of the exhibition Aspects/Positions at the Museum für Moderne Kunst Stiftung Ludwig (MUMOK) in Vienna. She was chief curator of the October Salon in Belgrade in 2008 and curated the exhibition Gender Check. Femininity and Masculinity in the Art of Eastern Europe, which was shown at MUMOK and Zachęta National Gallery of Art in Warsaw. In 2010 she edited Gender Check: A Reader — Art and Theory in Eastern Europe. Bojana has been living in Berlin since 1991.

Click here to read the interview with Bojana Pejić 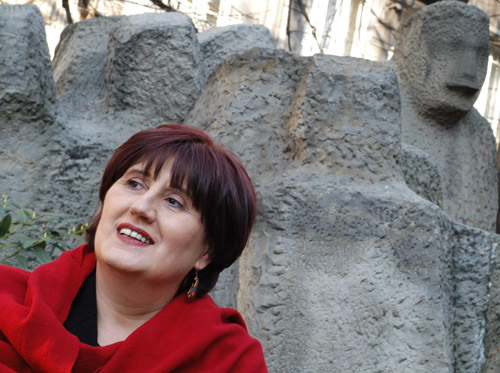