ERSTE Foundation commissioned a research project on the occasion of the 20th anniversary of the revolution in Eastern Europe. Berlin-based curator Bojana Pejić, a native of Belgrade, was asked to put together the exhibition.

The issue of gender difference does not rank among the highest priorities of today’s globalised world, which is faced with a whole host of problems, from war and inequality to the financial crisis and climate change. Nevertheless, gender has a decisive impact on our everyday life and is fundamental to some of the above-mentioned problems. It was not only the topic of Bojana Pejić’s proposal for Gender Check that piqued our interest, but also its scope; public museums are rarely able to prepare their exhibitions on the basis of such extensive research work. ERSTE Foundation helped make this possible by entering into a partnership with a public institution. We found an ideal partner for the exhibition in the Museum Moderner Kunst Stiftung Ludwig Wien (MUMOK), an institution with an outstanding team, dedicated to independence and uncompromising quality.

The individual approaches of each of the 25 researchers, Bojana Pejić’s curatorial selection, and the perspectives she opens up to the public play a defining role in the scientific project Gender Check. Both the research and the exhibition provide impetus for further studies and ongoing “checks” on gender issues. The scholarly documentation that resulted from these extensive investigations made the project the first research endeavour of its kind in art history. It laid the foundations for the Gender Check exhibition and – in as much as it focuses on a specific geographical area and period – it represents a fundamental contribution towards research in the field of gender studies. 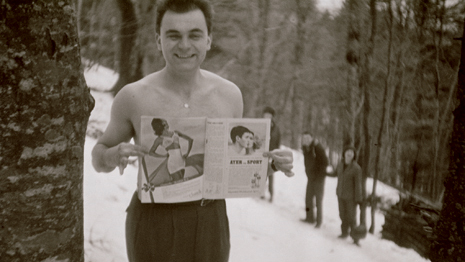